by Dub Is A Weapon 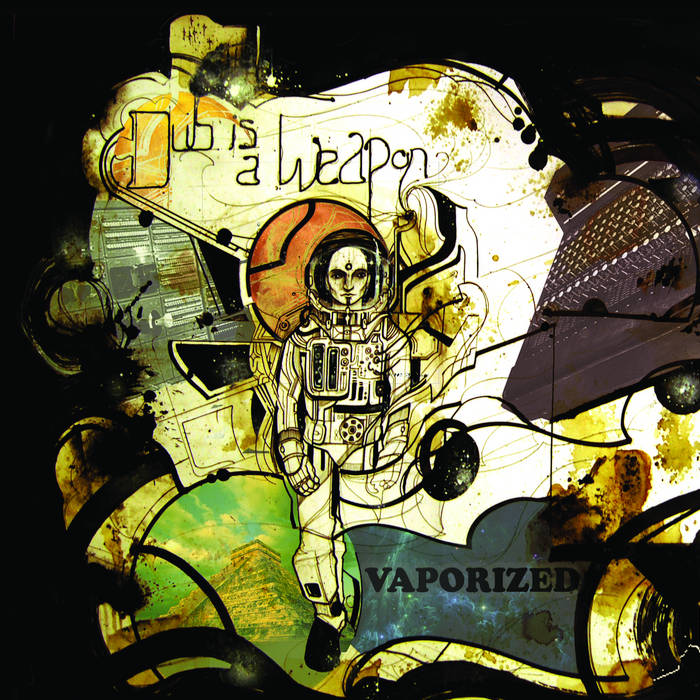 “It can’t be done, man!” That’s what Dave Hahn, mastermind behind Dub Is A Weapon, heard when he fi rst fl oated the idea of a live dub group, as he and his mates listened to some prime 1960s King Tubby cuts in the band van. “Everyone seemed to think you could only do dub in the studio,” Hahn recalls.

Hahn set out to prove them wrong, with skills learned live and on the road, and with help from a Jamaican beatnik percussionist (who recorded with Bob Marley), an old high school friend, and young upstarts from the Brooklyn scene. Together they’ve honed their live take on the genre’s spaced-out grooves, a sound felt in full force on Vaporized.

Press Quotes
“Bass and drum coming so hard and dangerous you can see the competition’s bloodstains.” - Village Voice

“A sprawling supergroup that combines the spacey atmospherics of dub with the brassy big-band soul of African pop.” - New York Magazine

“Dub Is A Weapon charged ahead with overstated rhythms and a spiraling undulating sound that literally forced you to move or loose your balance.” - Jambase

Recently serving as both opener and backing band of dub pioneer Lee “Scratch” Perry, the group recalls the grittier, hard-hitting sounds of Britain’s Dub Syndicate. “I realize that most people’s idea of dub is something that you sit on your couch and listen to while doing bong hits,” chuckles Hahn, 32. “But I wanted to do something that would make people get up and dance-and something that was a little more confrontational.” Mission accomplished. - Relix

Bandcamp Daily  your guide to the world of Bandcamp

cktrl talks about heartbreak and his new record 'Robyn'